I’ve always been an entertainer. Over my lifetime, it took several forms. As an only child until my 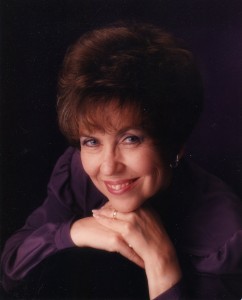 teenage years, I spent many hours in solitary activities like creating stories to act out or inventing characters to populate my world. Since I’m the oldest child of parents who were both oldest children, I spent my young years almost exclusively in the company of adults. None of my aunts or uncles on either side of the family produced children until I was seven or eight, so I had their full attention. I learned what made them laugh and what made them applaud.

At four I had memorized the words of all the popular songs of the day and could sing them on request in a small, wispy voice. My family frequently called on me to entertain and I enjoyed it thoroughly. One night we were assembled at a supper club. One of my uncles placed me on top of a table and asked me to sing a current Andrew Sisters song, “One Meatball.” Normally that wouldn’t have been a problem for me when the audience was just my family, but this was in public. When I finished and all the patrons applauded, I hid my face and wouldn’t look at them. So much for my career as a child star.

When I started school and learned how to read and write, I enjoyed reading books and wanted to create my own stories. In the fourth grade, I wrote a play, and our teacher let me cast it with all my girlfriends. We stayed in during recess and rehearsed for several weeks until we were ready, then we performed it for our class. That went over so well, we were invited to put on our little show for the entire school. Hope sprang anew for child stardom.

I deserted writing as a teenager and young adult in favor of singing and acting. But the desire to write was always there beneath the surface. I bought a typewriter as a young mother and pictured myself writing wonderful short stories and selling them to all the magazines. I learned that desire without direction or discipline remains just that…desire. Plus I felt guilty wasting typing paper with all my false starts.

I know other writers manage to write regardless of their circumstances. I wasn’t one of them. My ability to juggle multiple tasks is pitifully small. In addition to that, when you don’t think you have the knowledge you need to start, you never do.

The computer came into my life as I entered my forties. Here was a medium I could work with. You could write and mess up as much as you wanted—as long as you didn’t print it—and it didn’t cost anything! At last, the time was ready to write THE BOOK. I really got into it for a while, and then the same old problems came back to haunt me. I didn’t know the rules and I didn’t know what I was doing! I had the seed of the story but I didn’t know how to develop it or put it into the context of an interesting fictional adventure.

So another large chunk of time went by. Then I gathered all my nerve and went to a meeting of SouthWest Writers. They offered periodic classes and had guest speakers at each meeting. Here was a non-threatening way to see what I needed to learn.

I started over with the book. Once I let go of my old concepts and found a believable protagonist, I was ready to roll. I could honestly stand up at a meeting and say, “I’m writing my first mystery,” and it was true. What empowerment!

The next thing in my journey was the invitation to join a critique group. I had no idea such a thing existed, and I was not only flattered but scared. Now I had to expose my work to “real writers” and who knew what they would think? It turned out to be an important step along the way.

Throughout this journey, I leaned heavily on my wonderful family, especially my lovely daughter, Paula, and my oh-so-patient husband, Don. They have been very supportive and cooperative listening to all my revisions and offering their suggestions.

In September 2012 my dream was realized at last. I received the offer of a contract with a publisher.  The Easter Egg Murder was published by Aakenbaaken & Kent in February 2013. It had its debut at Left Coast Crime in Colorado Springs in March 2013, and the first book signing (quite appropriately) on Easter Sunday, March 31, 2013, at Treasure House Books and Gifts in Old Town Albuquerque. I’ve received many good reviews, and in September 2013, it was named a finalist in the New Mexico/Arizona Book Awards in two categories: Best Mystery and Best First Book.

The next book in the series is Murder on Sagebrush Lane. It’s now out on Kindle and print versions. The third book, Murder on Frequency, won the 2017 NM/AZ Book Award for Best Cozy Mystery in November 2017. The fourth book, Murder at the Petroglyphs, arrived on my doorstep in early December 2019.

My fifth book is a departure from the Harrie McKinsey Mystery Series. Published at the end of October 2022, my latest book is Raising Ruby, the amazing true story of a Twentieth Century Woman, otherwise known as my mother, Ruby Ellen Scott Smith. From my earliest years, my mother told me stories about her childhood and her life growing up. I heard the stories multiple times, and I heard discussions between my mother and her friends about some of the stories.  I thought it might be intriguing to attach their history to the history we’ve all studied at one time or another.